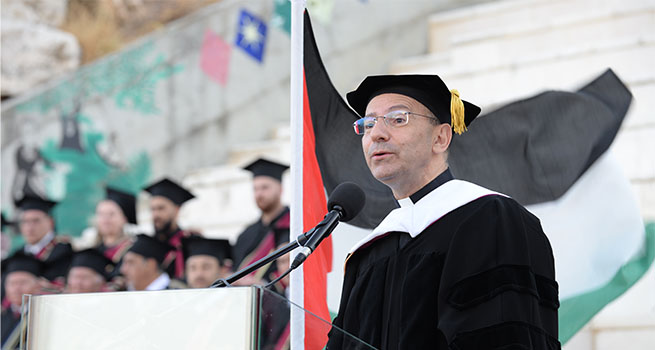 Founder and President of Dar al-Kalima University in Bethlehem. The most widely published Palestinian theologian to date, Dr. Raheb is the author and editor of 40 books including: Politics of Persecution: Middle Eastern Christians in an Age of Empire; The Cross in Contexts: Suffering and Redemption in Palestine; Faith in the Face of Empire: The Bible through Palestinian Eyes; His books and numerous articles have been translated so far into thirteen languages. Rev. Raheb served as the senior pastor of the Christmas Lutheran Church in Bethlehem from June 1987 to May 2017 and as the President of the Synod of the Evangelical Lutheran Church in Jordan and the Holy Land from 2011-2016.  Dr. Raheb was elected in 2018 to the Palestinian National Council and to the Palestinian Central Council. A social entrepreneur, Rev. Raheb has founded several NGO‟s including the Christian Academic Forum for Citizenship in the Arab World (CAFCAW). He is a founding and board member of the National Library of Palestine and a founding member and author of Kairos Palestine

Rev. Dr Raheb received in 2017 the Tolerance Award from the European Academy of Science and Arts, in 2015 the Olof Palme Prize. In 2012 the German Media Prize was awarded to Dr. Raheb. Launched in 1992, this award was mainly granted to Heads of States, including President Obama (2016) the German Chancellor Angela Merkel (2009), Bill Clinton (1999), Nelson Mandela (1998), King Hussein of Jordan (1997), Boris Yeltsin (1996), President Arafat (1995), Yitshak Rabin (1995). He also received for his outstanding contribution to Christian education through research and publication‟ an honorary doctorate from Concordia University in Chicago (2003)   and   for   his  interfaith   work   the “International Mohammad Nafi Tschelebi Peace Award” of the Central Islam Archive in Germany (2006) and in 2007 the well-known German Peace Award of Aachen.

Dr.  Raheb holds a Doctorate  in  Theology  from  the  Philipps  University  at  Marburg, Germany.  He is married to Najwa Khoury and has two daughters, Dana & Tala. For more, www.mitriraheb.org 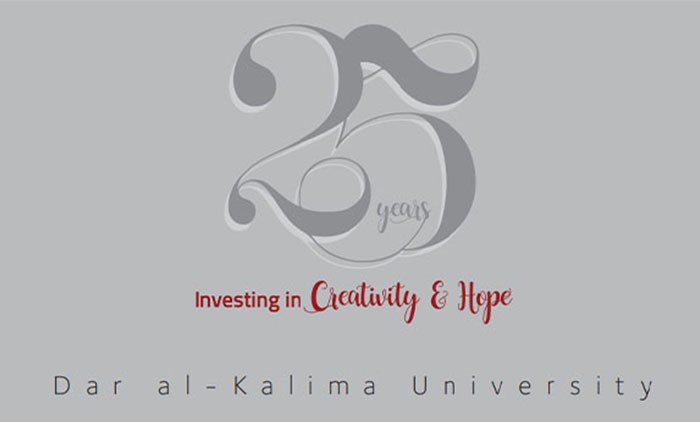